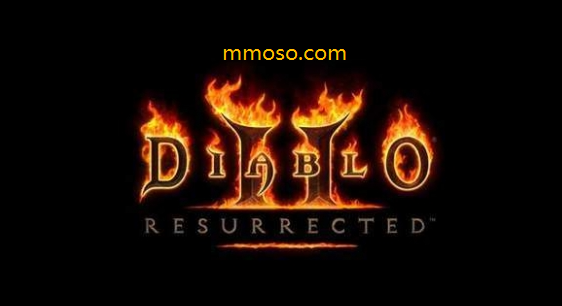 Stealth is a relatively cost-effective D2R Runeword. It has 25% Faster Run/Walk and 25% Faster Hit Recovery, it is a Runeword worthy of any class to make when progression. In addition, there is a Regenerate Mana 15% and a 25% Faster Cast Rate, making this armor more suitable for the magic-based class, and it can even be used to clearance in hell difficulty.

Enigma is the Runeword that every class wants except sorceresses. The most important attribute of this Runeword gear is to +1 To Teleport, and it is not limited to class, with this armor, any class can use teleport an unlimited number of times like a sorceress. In addition to being able to quickly farm various scenes, is also a must-have equipped for PVP, players without Enigma Armor have very obvious disadvantages in PVP, and can only be in a very passive position.

Except for +1 To Teleport, Enigma also has +2 To All Skills, and +45% Faster Run/Walk improves the efficiency of running maps. The strength increased according to the character level can make most classes give up strength completely when adding points, and put all into physical strength, the MF value increased according to the character level also makes any classes have the ability of MF, and finally, there is the Increase Maximum Life 5% and Damage Reduced By 8%, to further improve the survivability of the characters. Although there is no resistance bonus, the survivability provided by it is not inferior to other armors.

Enigma's only disadvantage is that the cost is very high, and the base material generally uses a 3-socket mage plate, which requires less Strength, can meet the needs of 0 Strength, and can be used by all classes. For the melee class, generally using the archon plate, the light plate base material will not affect the running speed, the required strength is not high, and the defense value is also very good, the comprehensive attribute is the most suitable base material.

Fortitude is the strongest output armor for melee physics classes, it can also be made into weapons in addition to armors. However, Fortitudeweapon attributes tend to be defensive, and not many people use them. The fortitude armor Runeword can +300% Enhanced Damage, which is the armors with the highest damage increase, and the damage increase to the physics-based classes is very obvious.

Also, there is +200% Enhanced Defense, a large number of health bonuses, and all resistance of up to 30 points. The defense ability is very good. When struck, there is a 20% chance to cast level 15 chilling armor, which further improves the defense ability. In terms of base material, the archon plate is still the best choice. If it is used by barbarians, you can also use lacquered plat and sacred armor as base material, because barbarians do not lack blood, they generally invest more attribute points in strength. If you use it for mercenaries, you have to use invisible base material to make it, which can have higher defense values. Try to use base material with a basic defense of more than 800, after all, the cost of fortitude is not low.

You can make a Duress armor Runeword to transition before you don't have made a Fortitude armor Runeword. The highest d2r runes required for this Runeword gear is No. 22, more farms the Countess of Hell difficulty is still very easy to get. It has +40% Faster Hit Recovery, up to 200% Enhanced Defense, and a good all resistance bonus, and its defense ability is not bad. In addition, there is up to 20% Enhanced Damage, 15% Chance of Crushing Blow, and 33% Chance of Open Wounds, the output ability is also good, which is very suitable for fighting bosses. Duress is also a combination of offense and defense armor, and the cost is not high, and the need for the substrate is not so harsh, it can be made as soon as possible and is perfect for mercenaries.

Treachery is the exclusive armor Runeword for Assassins, +2 To Assassin Skills, and +45% Increased Attack Speed to greatly improve assassins, and there is a 5% chance to cast level 15 fade when struck, which can increase a lot of elemental resistance and physical resistance. Many players will find mercenaries very easy to die after first entering the hell difficulty because the resistance is still relatively lacking when the mercenary level is not high, so this armor can also greatly improve the survivability of mercenaries, and the cost is lower than Duress armor Runeword, so more players like to use it.

Wealth is the main tool for players to find gold in Diablo 2 Resurrected. Its attributes are very simple, only a handful of four, but the increased 300% Extra Gold From Monsters are almost irreplaceable in the Gold Find class, and there is also a 100% Better Chance Of Getting Magic Items, and there are occasionally some other unexpected gains in the process of Gold Find.

The chain of honor is an armor Runeword costs second only to the enigma, its properties are also very powerful, with +2 To All Skills, +200% Damage To Demons and +100% Damage To Undead, and up to 65 All Resistances bonus, +20 To Strength and Damage Reduced By 8%, it is a combination of offensive and defensive armor as well.  Unfortunately, in contrast to the Enigma Teleport, its practical range is greatly reduced, so most people will choose the Enigma, and only some players who lack resistance will choose this armor, but the high cost makes most civilian players discouraged.

The above-mentioned seven rune words believe that most players already have. If you haven't made them yet, you can Buy D2 Resurrected Items at the lowest price on MMOSO to save you game time.