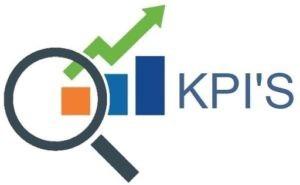 Performance testing is a non-functional testing technique that exercises a system and then, measures validate, and verify the response time, stability, scalability, speed, and reliability of the system in a production-like environment. It also identifies any performance bottlenecks and potential crashes when the software is subjected to extreme testing conditions.

Performance testing adds great value to the overall Quality Assurance process of any organization. However, if not planned and executed properly, it can also lead to issues later after software delivery. In this article, we will take a look at some of the mistakes that testers commit while doing a performance test on a software.

Every system has certain Key Performance Indicators (KPI’s) or metrics that are evaluated against the baseline during Performance testing. For example, if the expected response time of a system is 1 second and it is taking extra milliseconds, then it indicates an issue that needs to be addressed.

Ideally, KPI’s should be identified and defined before testing commences.

Scheduling Performance testing at end of development and test cycle

A software could pass all the tests with flying colors but may get stumped in a real usage environment. This could be the result of a failure in simulating a realistic test environment. In reality, there are multiple components that interact with the software, like servers, 3rd party tools, a variety of hardware and software, etc. If all these factors are not taken into consideration while designing a test plan, then there are high chances that the software’s performance is low when launched in the real world. For example, if there are multiple transactions by multiple users at the same time and network bandwidth and CPU performance are not taken into consideration, then the software will slow down significantly. Hence, it is highly recommended to create a test environment that closely emulates the environment in which the software will eventually function, keeping in mind all possible load scenarios.

System errors are indicators of underlying issues. For example, erratic browser errors may seem insignificant and may not be replicated every time. In another instance, there are times when the response time for software is perfect under load conditions but there could be a stack overflow error that occurs randomly. But, every error has to be investigated for any potential issue. Ignoring such errors due to non-replication while running multiple tests leaves a gaping hole in the whole testing exercise.

Performance testing reports and analyses aid the stakeholders to understand the functioning and performance of the product in a real-life scenario. They can accordingly make strategic business decisions on improvements before it is launched in the market. Therefore, it is imperative to consider all possible testing aspects and avoid the above-mentioned mistakes while planning for software testing.

These parameters can be defined at the suite level or individual test case level. Once parameters are set, the functional test is enabled for server-side performance verification with a single click.